As far as artwork goes, it's been an unproductive week.   I've been getting the house / yard straightened up because out of town company is coming very soon.
While driving through Portland, though, I had to stop to take photos of this front yard.  Truth be told, I could take photos of someone's quirky front garden on almost every block in Portland. 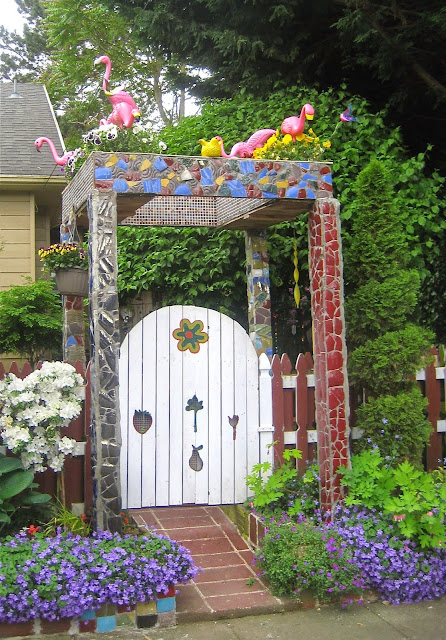 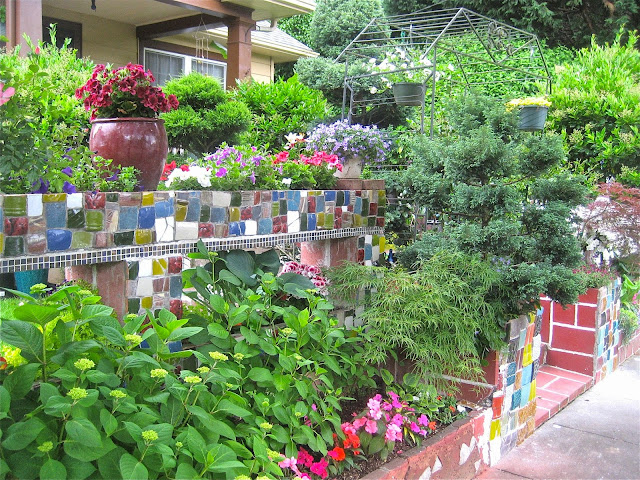 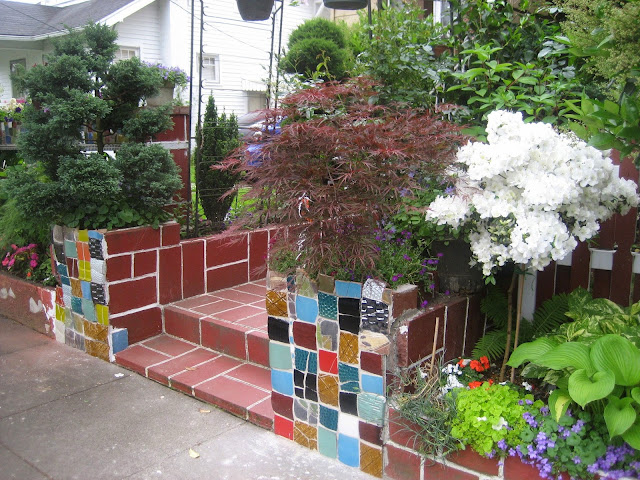 I was disappointed I had to leave until I spotted one of my favorite signs down the block: 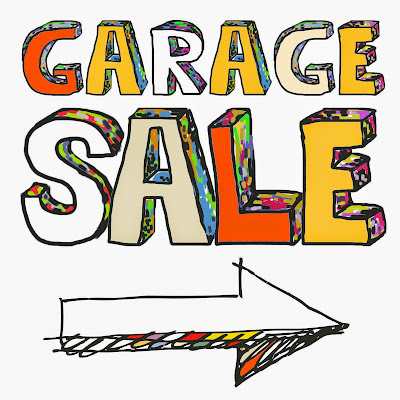 Nothing is really "needed" around the garden, but these two items are fun touches:

Only one leaf casting was done this week, but I like it a lot better than those from last week.  I will keep trying.

Company will be here soon, so I'll sign off for now.  Hope to see you in a few weeks. 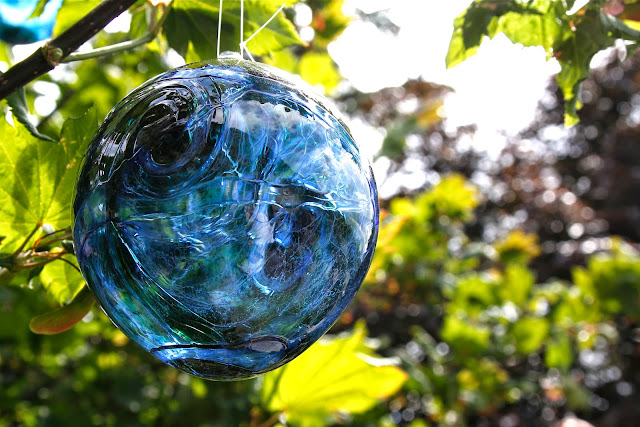 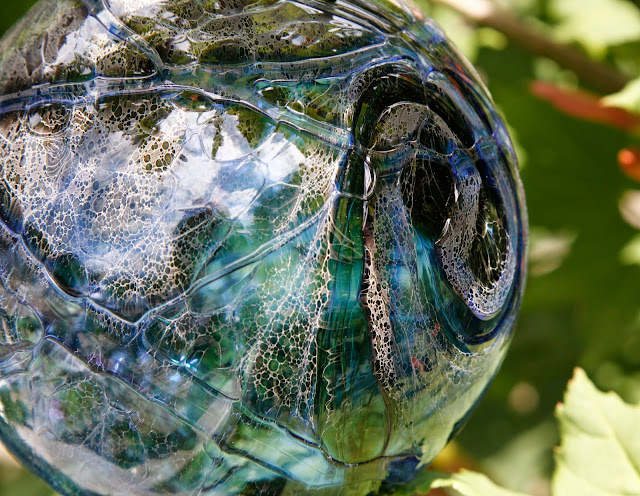 Don't forget to wear gloves.
After ingredients were mixed to the consistency of brownie batter,  I plopped a couple of handfuls into the bottom of a  2&1/2 quart plastic container.  The interior of the container had been sprayed with cooking oil for easy release after the cement dries. 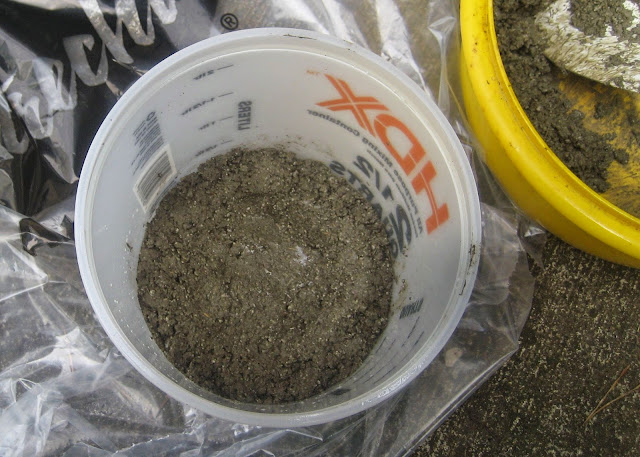 A second smaller container was also sprayed and set on top of the mix in the first container.
Then more cement mix was added to this "official" flower pot mold in the space between the two containers. 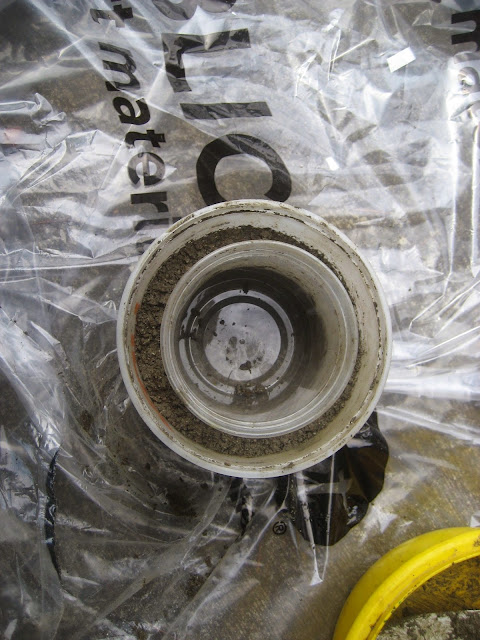 The pot was filled to the top with the cement,
covered with plastic wrap and set aside in the garage.
This morning (two days later), I removed the molds and revealed the small flower pot.  The bottom of the pot was still wet, so I carefully picked it up and took it into the studio to photograph it.  But I didn't put it down carefully enough. 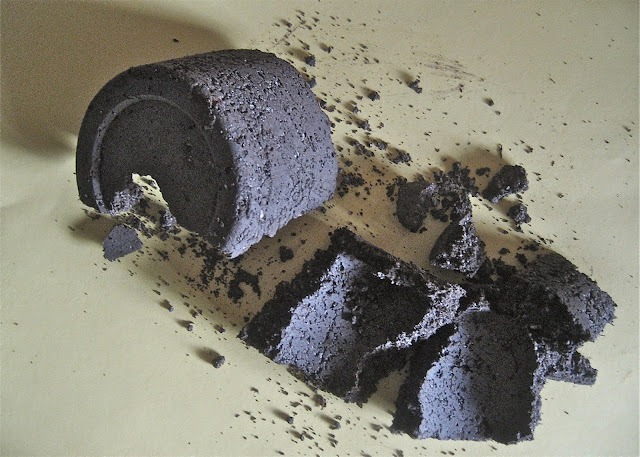 Oh, well.
I still had leaf castings to unmold.
For the leaf castings, the recipe was a little different.
I used
equal parts of Portland cement and sandbox sand with a splash of acrylic fortifier and enough water to get more "brownie mix."
I didn't have access to a rhubarb leaf, which is what many people use, but I found these pretty leaves next to my front porch. 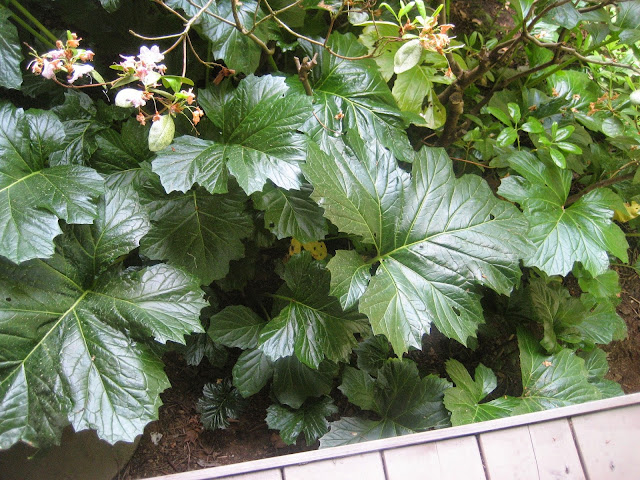 I found an old box bigger than the leaf.   Then I scooped a bunch of sand into the box.  The sand was mounded, covered with plastic wrap and the leaf was placed on top of it - face down. 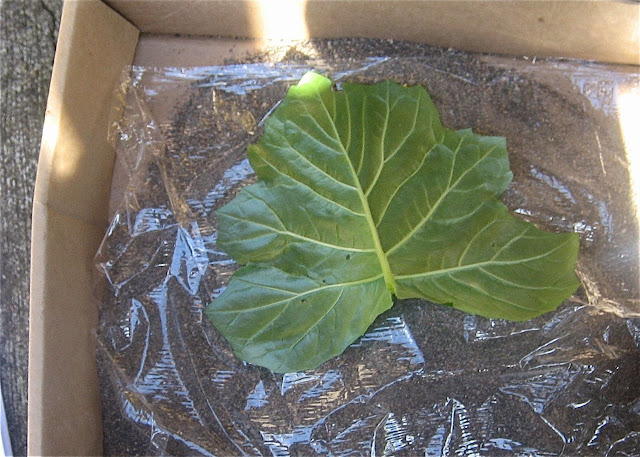 The leaf was covered with the cement mix; a heavier amount was laid on the spine of the leaf (about 1/2 inch) and  thinner amounts towards the edges of the leaf.  The leaf was covered with plastic and placed in the garage.  I also did a second smaller leaf.
The leaves were taken out of the garage today.  I cracked off bottom pieces of BOTH of them. 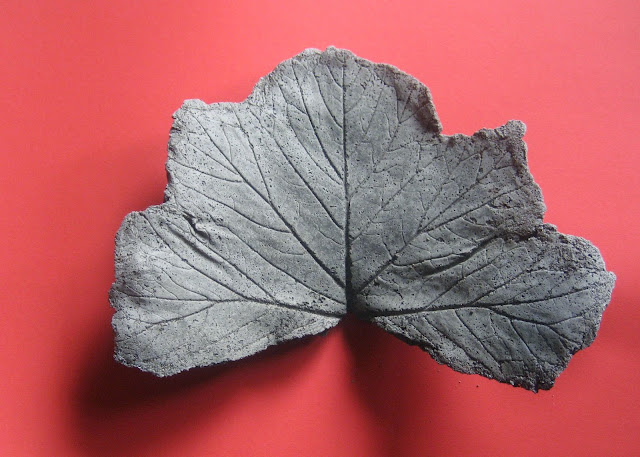 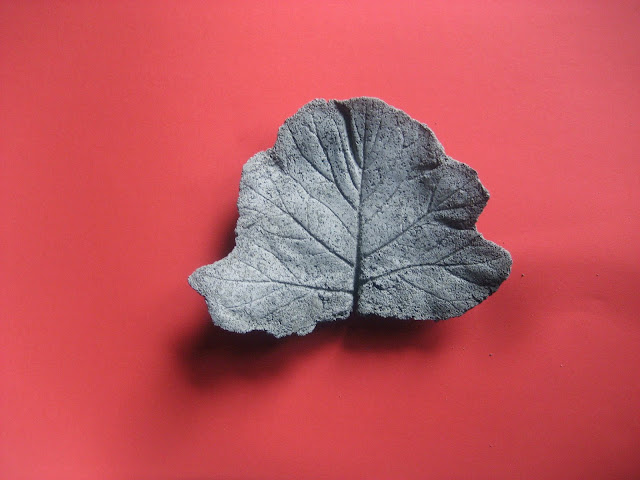 So, what lessons did I learn?
Be careful.
Be patient.
Be mindful when choosing leaves.
The mounded sand on which the leaves sit should have been wet to hold the shape.  The weight of the cement on the second leaf collapsed the mound.  The leaf came out pretty flat.
Next time, I will crimp and flute the edges of the leaf (like a pie crust) to get a more elegant final shape.
Will I do this again?  Yes.
Hope to have a few more next week - minus all those directions. 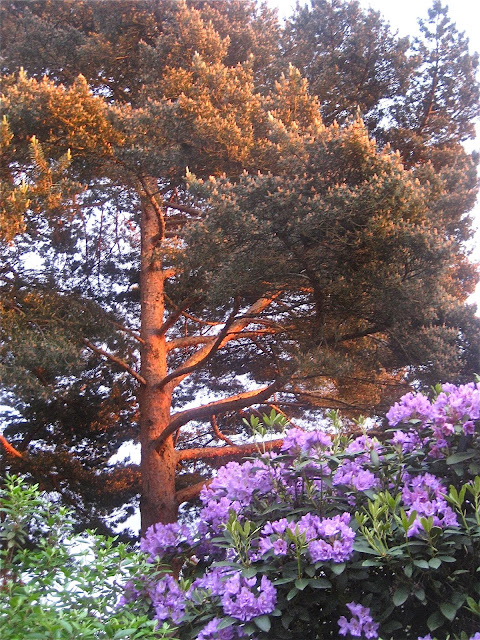 It was a bit gloomy today, but the sun just popped out and the birds started singing, the bees are buzzing, and the flowers are growing.
All's right with the gardening world.
By Chris Lally at May 15, 2015 17 comments:

25 Things to Love About Art

N is for Nostalgia (Part 2)

Memories of trains - there are two for me.
The first is of a sweltering, humid night in Detroit.  I was a little girl lying in bed with the windows open.  It was so hot I didn't want to move.
What made the evening bearable was the eerie whistle of a distant train.  It took me to another world.

The next memory of a train was a happy one.  I was about 13 years old, and was one of the few girls on a train bound for Montreal, Quebec with my older brother's hockey team.  Unfortunately, my dad was also there.
But what I remember most about the journey on that snowy night was the noise of the train, the laughter of my brother and his friends, and a nearby radio playing Simon and Garfunkel's song,   "I Am a Rock.  I Am an Island."

Whether I hear a lonely train whistle or that old song,  I'm back in the past romancing the 60's. 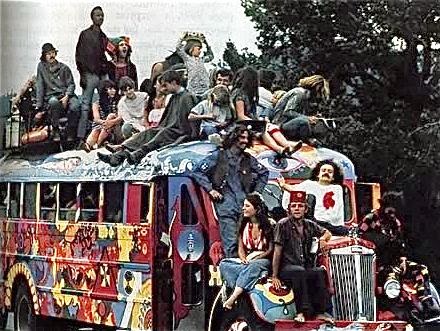 What I remember most about my mom was her big hair, red lips, and her selfless, giving heart.
I miss you, Mom.
By Chris Lally at May 10, 2015 16 comments: 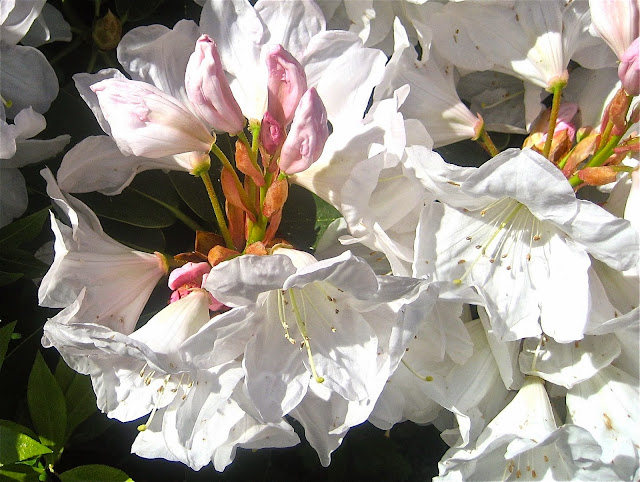 Garden projects have been set on the back burner (busy week), but I did manage to get supplies for
HYPERTUFA!
What is hypertufa?
Well, did you like making mud pies when you were little?   If so, you'll love this.
Hypertufa means artificial stone.  The recipe for hypertufa is used to make a variety of garden objects like plant containers, stepping stones, and accents such as spheres, lanterns, toad houses, masks, mushrooms, and bird feeders.
Traditional cement objects cost BIG bucks at the garden store, but you can make them yourself for just a few dollars.   The homemade objects are also very lightweight because the cement used in the recipe is mixed with peat and perlite (or vermiculite).
The ingredients for my hypertufa projects were purchased at Home Depot.  Here is the price breakdown:

Portland cement - $9.45 for 94 pounds
This is the only size they had.  I think it will last forever. 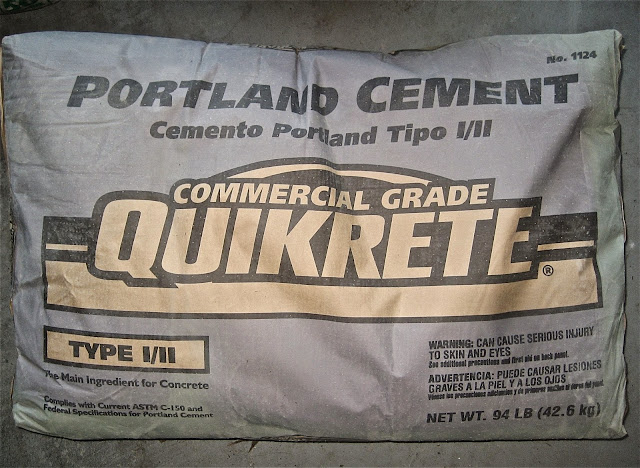 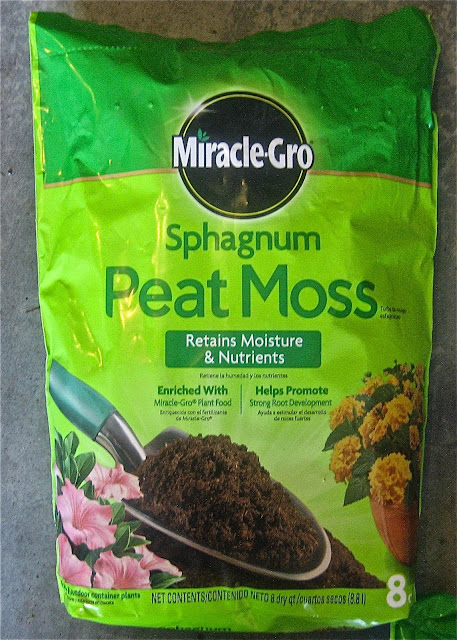 Perlite- $4.97 for 8 quarts
This also has plant food in it.  What was I thinking?  Although a better choice would be buying it without plant food (obviously),  my husband assures me this will work just fine. 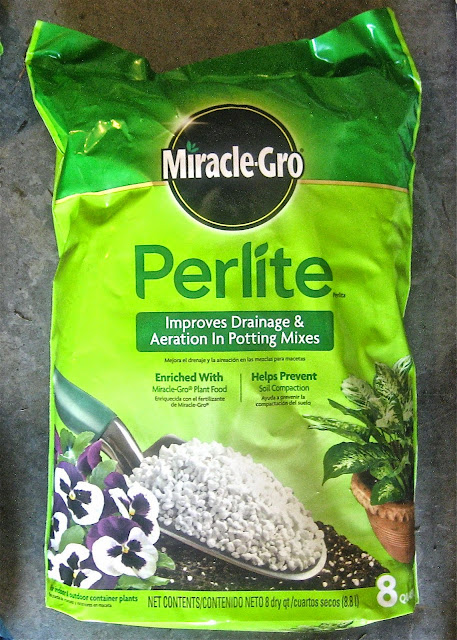 The molds that are needed to hold the hypertufa mixture can be found around the house -
plastic containers of any shape from the garden and kitchen, for example.    Cardboard or wooden boxes can also be used.

I'll post the recipe and step by step photos next Friday.  Wish me luck.


In the meantime, our little seedlings are doing great, the tomato plants are ready to get tucked into their permanent homes, and the rhododendrons are still in bloom. 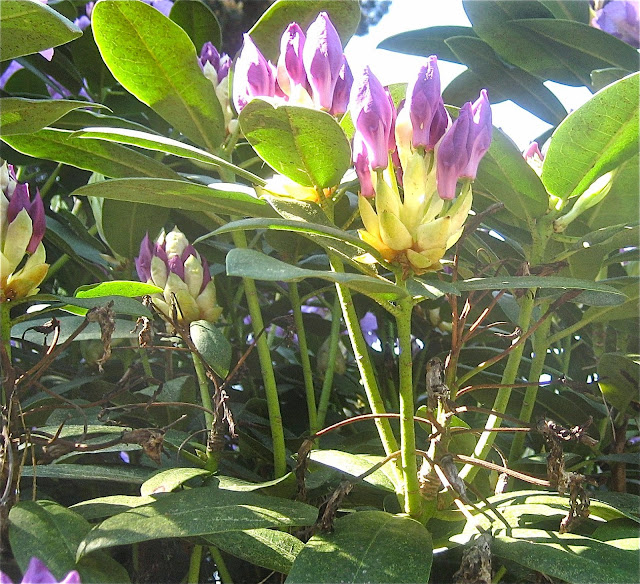 N is for Nostalgia

One of the sweetest memories of growing up in Detroit was piling into my dad's car on a lazy Saturday afternoon and going to Edgewater Amusement Park.

Built in 1927, Edgewater was one of the most popular destinations for blue collar Detroiters because it was so affordable.  Attractions like the Wild Mouse (roller coaster) and Hall of Mirrors were favorites, but the merry-go-round won hands down - at least for me.

I feasted on the lights, the mirrors, the music, and that beautiful menagerie of every animal I loved.
And although those magical rides over the rainbow were much too short,  the wonderful memories have lasted a lifetime.
By Chris Lally at May 05, 2015 27 comments:

How to Posterize a Photo - Two Values

A couple of artists were wondering how to reduce a photo to two values.

The most difficult part is finding a photo that has an engaging pattern after it is reduced.

This is how I do it.

Select a reference photo.
Make sure the photo is on your computer somewhere (a special desktop folder, Facebook, Flickr, ...)

Many websites are available to help from this point.   I like PicMonkey, a free photo editing site.  PicMonkey is the same site used to make painting collages for Leslie Saeta's 30-30 Challenge.
To begin, go to the PicMonkey website:   http://www.picmonkey.com/.

Click on PicMonkey's "Edit" button.   When you do so, the site will ask from what location you are uploading the photo you wish to edit.   Everyone's computer is different.  I have an old Mac; when I click "Edit,"  my computer asks from which folder I would like the photo uploaded (Desktop, my blog file, ...).

When you upload the photo to PicMonkey, your screen will look something like this. 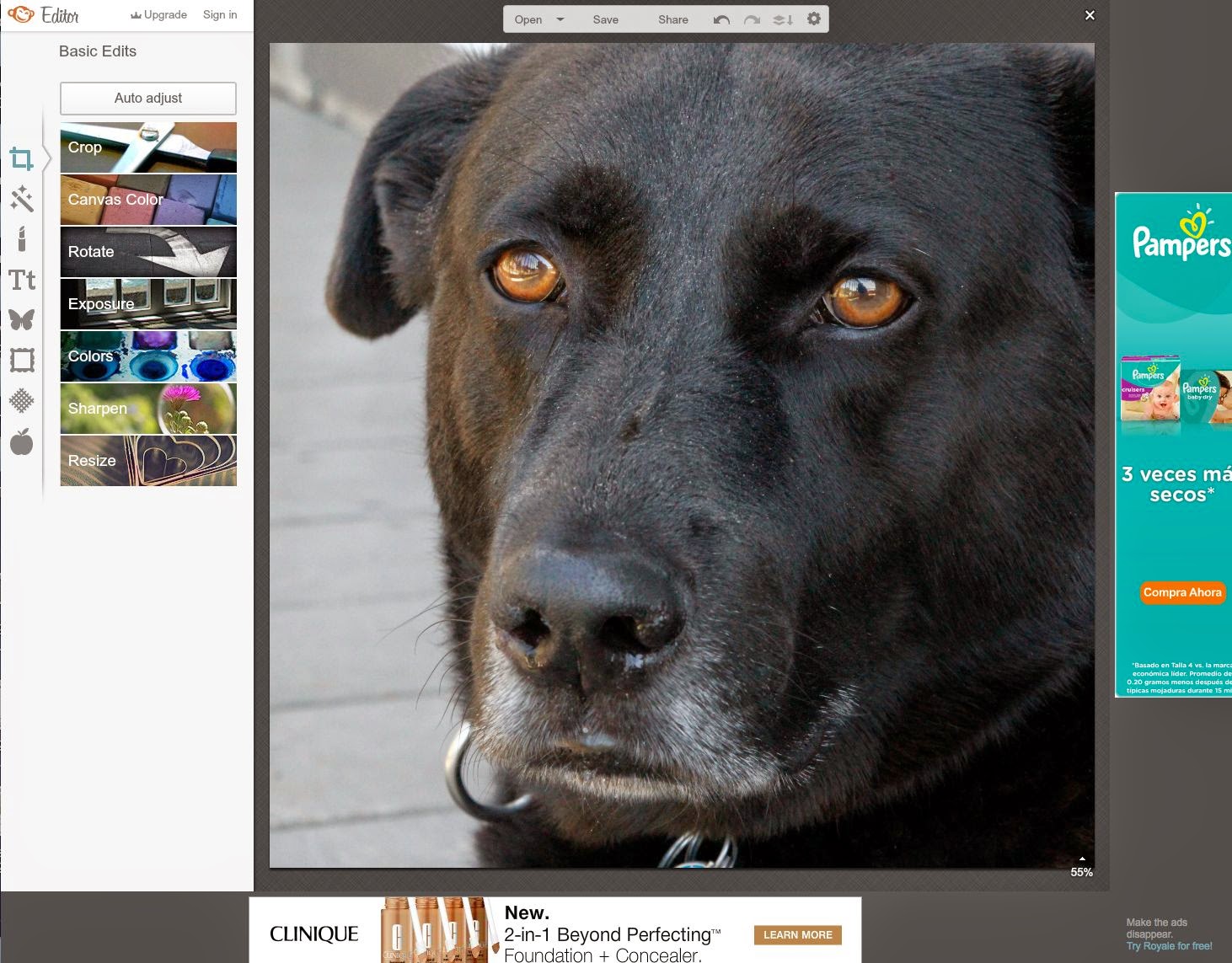 As you can see, there is a list of "Basic Edits" on the left side of the screen.
At this point, I click the second icon on the left of the PicMonkey screen (the one underneath the green square that looks like a magic wand):

Look for the "Black and White" rectangle (the 10th option from the top). 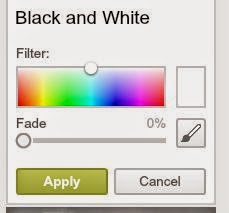 Click on apply, and your uploaded photo will become black and white. 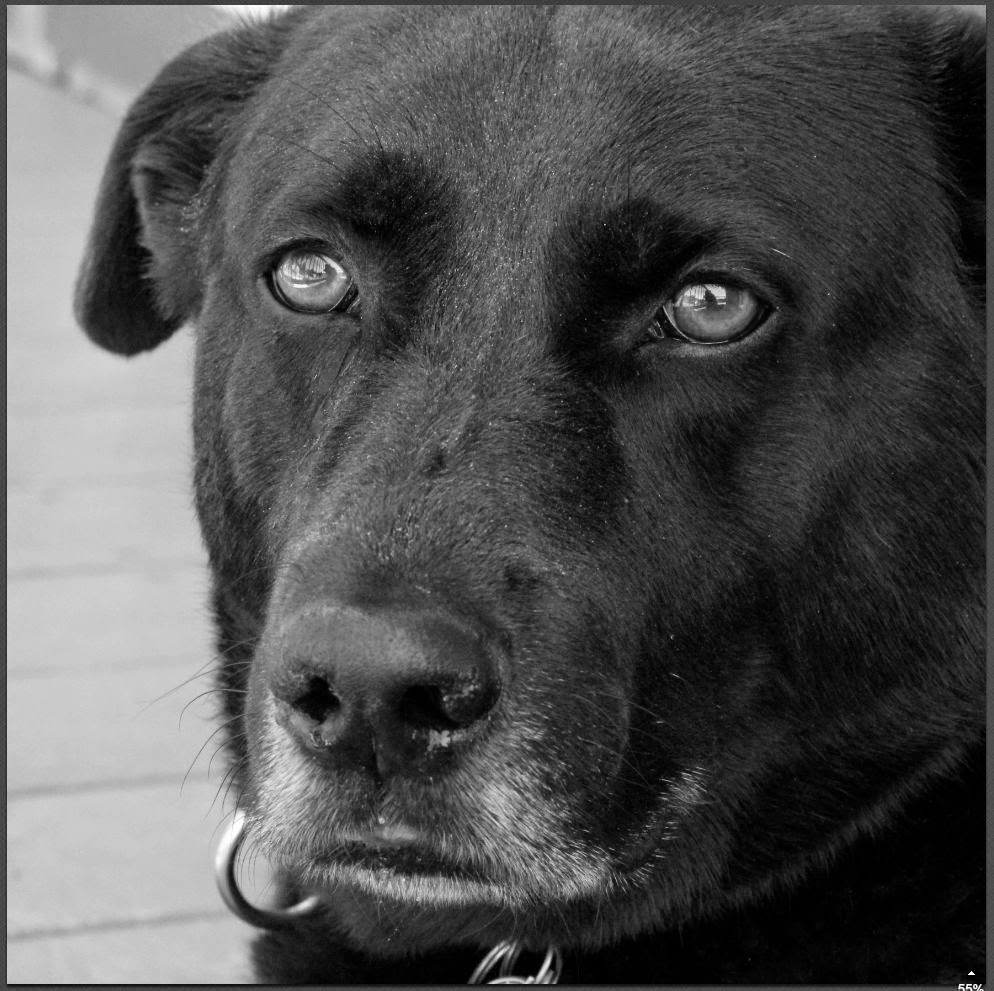 After it becomes black and white, continue scrolling down through the "Effect" options (the rectangles) till you come to one that says "Posterize."  Click on it.   It looks like this: 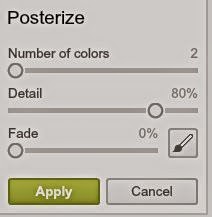 You may also increase or decrease the amount of detail.  When you're finished, press "Apply."
This is what you will get. 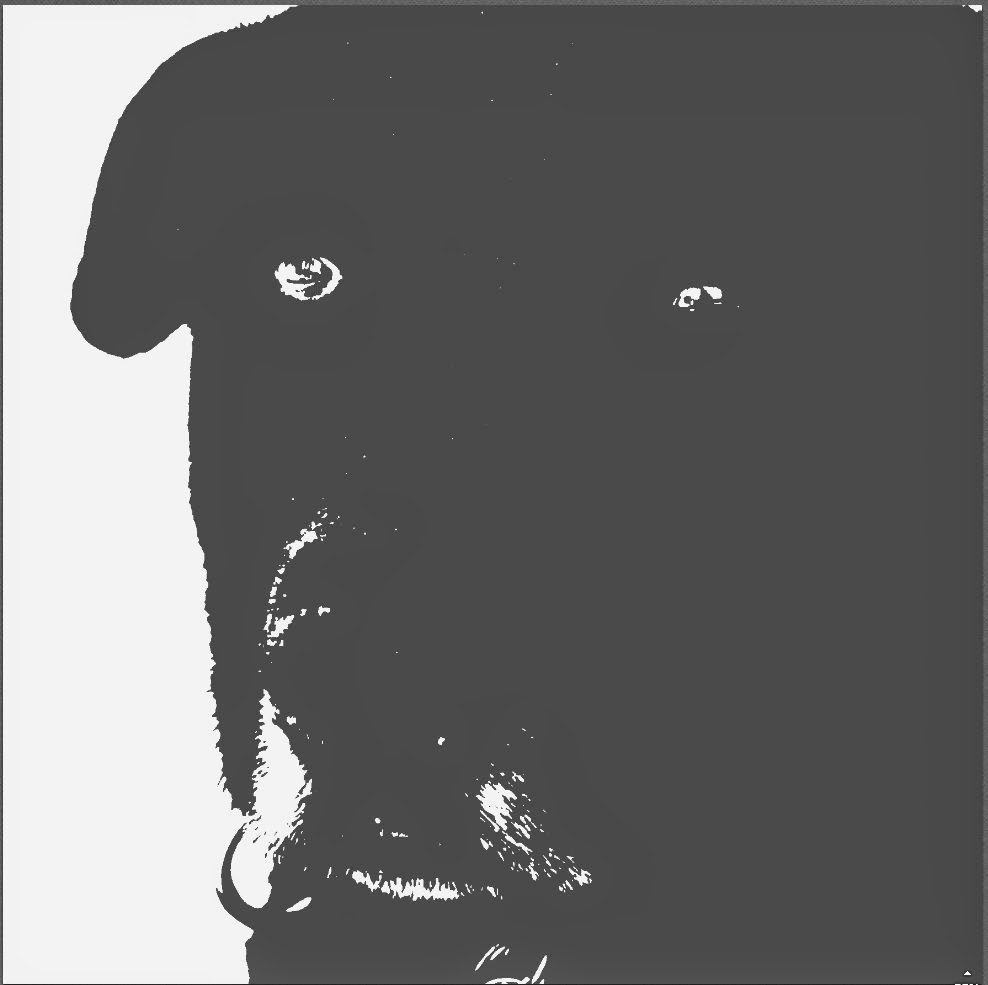 As you can see, this photo of Cobie was not a good candidate.   I chose this so you will remember that not every photo, even one you absolutely love, is suitable for getting a desirable two value pattern.
Another photo, such as this one with more dramatic lighting, is a better choice.

For those with less than perfect drawing skills, use the grid method to get an accurate drawing or turn the reference photo upside down prior to drawing it.  Both methods work for me.

Email ThisBlogThis!Share to TwitterShare to FacebookShare to Pinterest
Labels: how to, notan, posterize, values

Just because you don't have a big budget doesn't mean you can't have fun in the garden.
Here are some great recent finds from yard /estate sales.

After shopping, we headed over to a neighboring suburb, Lake Oswego, for a cup of coffee.

And the highlight of our day was meeting Lola, a 9 year-old lab mix.  It just happened to be her birthday. 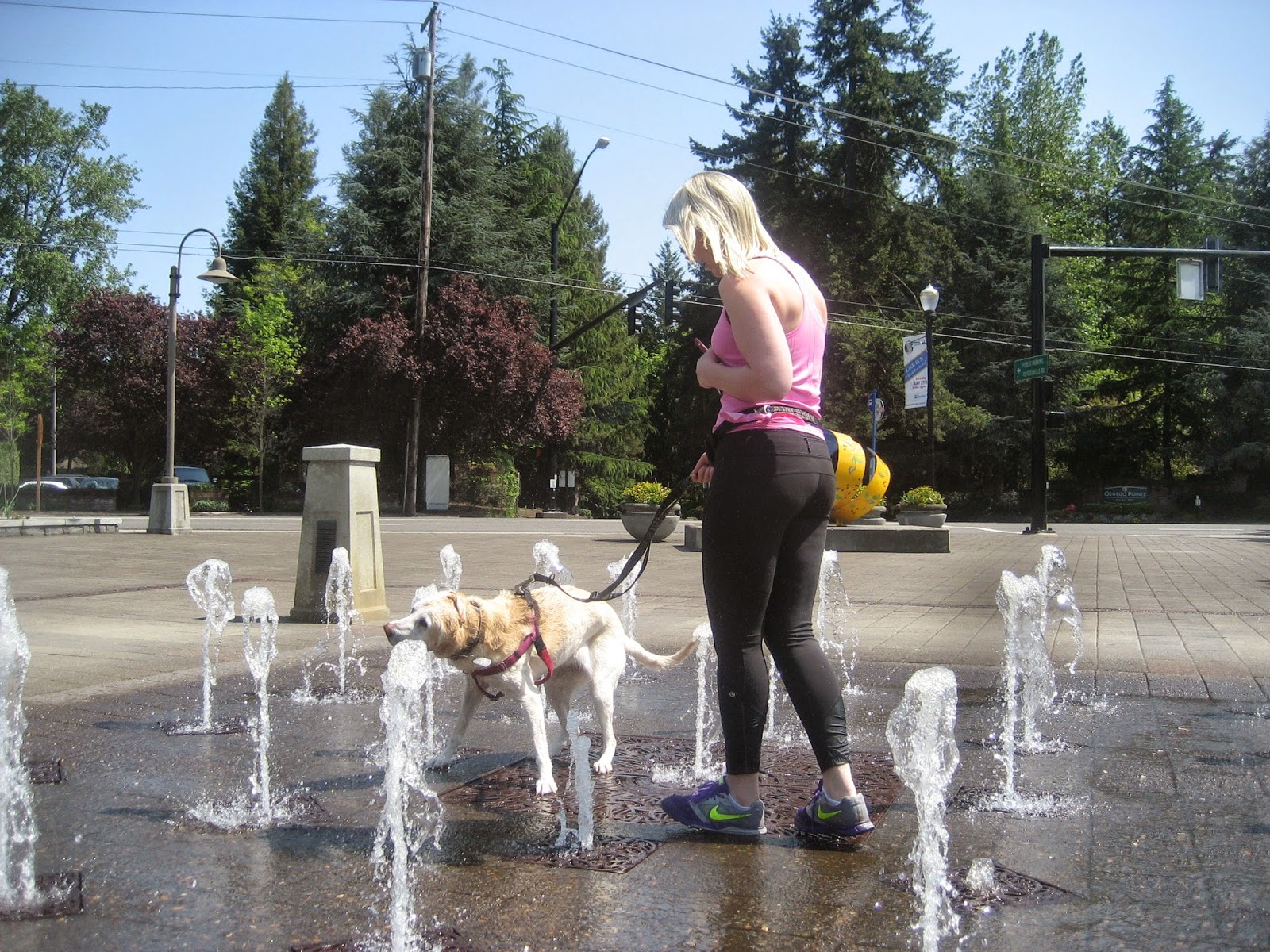 I haven't put too big of a dent in the $75. budget for garden "accessories,"  and I think I have enough. 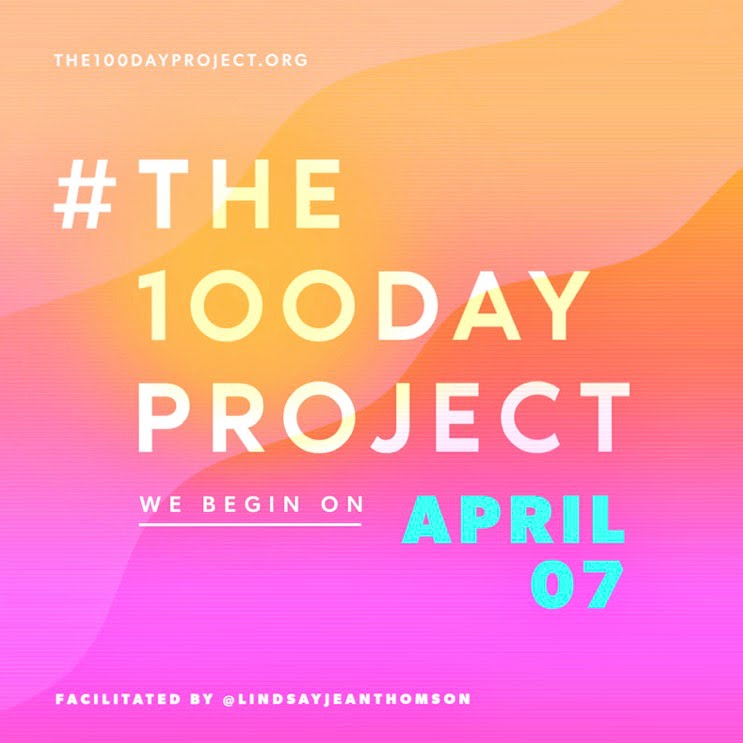